North Carolina's beautiful Brunswick Islands and their beach towns have been the inspirational setting for many a good beach read. They are also featured in the film adaptations of popular books and novels, too. It's not hard to see why they provide an idyllic setting for a good story paired with beautiful scenery, rich history, and unique coastal culture that these beach towns have to offer. It's a fun adventure to head out of your Ocean Isle Beach, NC rental and visit the places you've read about or seen in these movies. Here's a short list to get you started!

Set Near Ocean Isle Beach, NC on the Brunswick Islands

Any Nicholas Sparks fan knows that his settings usually take place somewhere on the coast of North Carolina. Even if the book itself isn't set in one of the local beach towns, oftentimes the film adaptations contain scenes from various Brunswick Island and Wilmington locations. You can do an entirely Nicholas-Sparks-based sightseeing adventure during your Ocean Isle Beach, NC vacation.

A Walk to Remember: Movie Filmed in Southport, NC 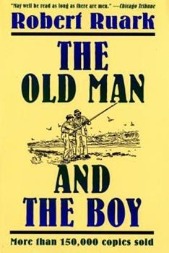 The Old Man & The Boy by Robert Ruark

This novel was created out of a series of columns Robert Ruark wrote for Field and Stream magazine. Based on his own childhood memories of visiting his grandparents’ house in Southport, the book is about a young boy named Bobby who learns the value of hunting, fishing and becoming a gentleman from his grandfather, the Old Man. If you visit Southport, you can pick up this novel at the Robert Ruark Inn, a Victorian style B&B once owned by Ruark's grandparents.

I Know What You Did Last Summer by Lois Duncan

On July 4, 1996 in Southport, North Carolina, Julie James and her friends Ray Bronson, Helen Shivers, and Barry Cox drive to the beach. While driving along a coastal byway, they accidentally hit a pedestrian. Julie's friend Max Neurick passes by them on the road. Julie reassures Max of their well-being, and he leaves. The group decides to dump the body in the water and never discuss what happened. A year later, they receive a frightening letter telling them that their crime was seen. Iconic landmarks like the Amuzu Theatre and the Southport Riverwalk are seen in the movie.

Under the Dome by Stephen King

Made for TV Movie Series Filmed in Southport, NC

Under the Dome is a book by Stephen King that was adapted as a TV series and filmed in Southport. The novel tells the story of the residents of a fictional small town that are cut off from the rest of the world by an enormous, indestructible dome. If you visit the town of Southport during your trip to the Brunswick Islands, you will be able to recognize the two-story house located on East Bay Street and the pilots tower on the Southport Waterfront, both featured in the series.

The Wedding by Dorothy West

The Wedding by Dorothy West is set in the 1950s in a small New England enclave that consists of the finest of the East Coast’s black bourgeoisie. The novel tells the story of a family gathering for their daughter’s wedding to a white jazz musician. The movie adaptation of the novel was turned into a television miniseries by Oprah Winfrey’s Harpo Films that features several Southport's landmarks including The Brunswick Inn, Bay Street and Southport City Pier.

Did you know these books and movies  were set on the Nc coast?